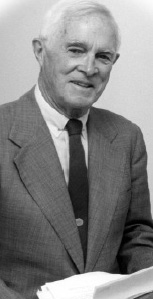 The Epilepsy Foundation Eastern Pennsylvania (EFEPA) was founded and incorporated in 1972 by Charley Roach, his family, Richard Harner, M.D., a neurologist, and other families who saw the need for information and referral beyond the medical aspects of the disorder. Charley, his son Chip and grandson Tim have all served on the Board of Directors and Tim Roach remains the Chairperson of the Golf Day Committee.

Originating as the Epilepsy Foundation of Philadelphia, the name was changed to Epilepsy Foundation of Southeastern Pennsylvania in 1992 to better reflect the eleven-county area served by the foundation.  In 2001, through the foundation’s national office and the Pennsylvania Department of Health, the organization’s name was changed again to allow us to add to our service territory, seven (7) counties in the northeastern region of Pennsylvania.