Thank you for your interest in writing about epilepsy and the Epilepsy Foundation Eastern PA. Your efforts will help us achieve our goal of creating greater epilepsy awareness. This page gives you access to information about our organization, epilepsy and press releases.

Epilepsy is a brain disorder that causes seizures, which is a change in the normal brain activity. There are over 40 types of epilepsy with different causes and different types of seizures. A person can develop epilepsy at any age, at any time. In fact, according to studies conducted by the Center for Disease Control 1 in 26 Americans will be diagnosed with epilepsy at some point in their life. For 30-40% of the population, they will live with active seizures because no available treatments work for them. 3.4 million adults and children live with active epilepsy across the United States.

To stop seizures and SUDEP (Sudden Unexplained Death in Epilepsy), find a cure and overcome the challenges created by epilepsy through efforts including education, advocacy and research to accelerate ideas into therapies.

We serve individuals and families affected by epilepsy/seizure disorders. Our primary areas of service include Philadelphia, Allentown, Wilkes-Barre, Scranton, and Lancaster. The combined population of our territory is over 6 million. The Center for Disease Control states that at least 1.65% of the population has epilepsy/seizure disorders. Thus, in the 18 counties we serve, 110,000 people have epilepsy. However, many more are significantly impacted by epilepsy in their daily lives when you include family members, caregivers, and friends in the total. 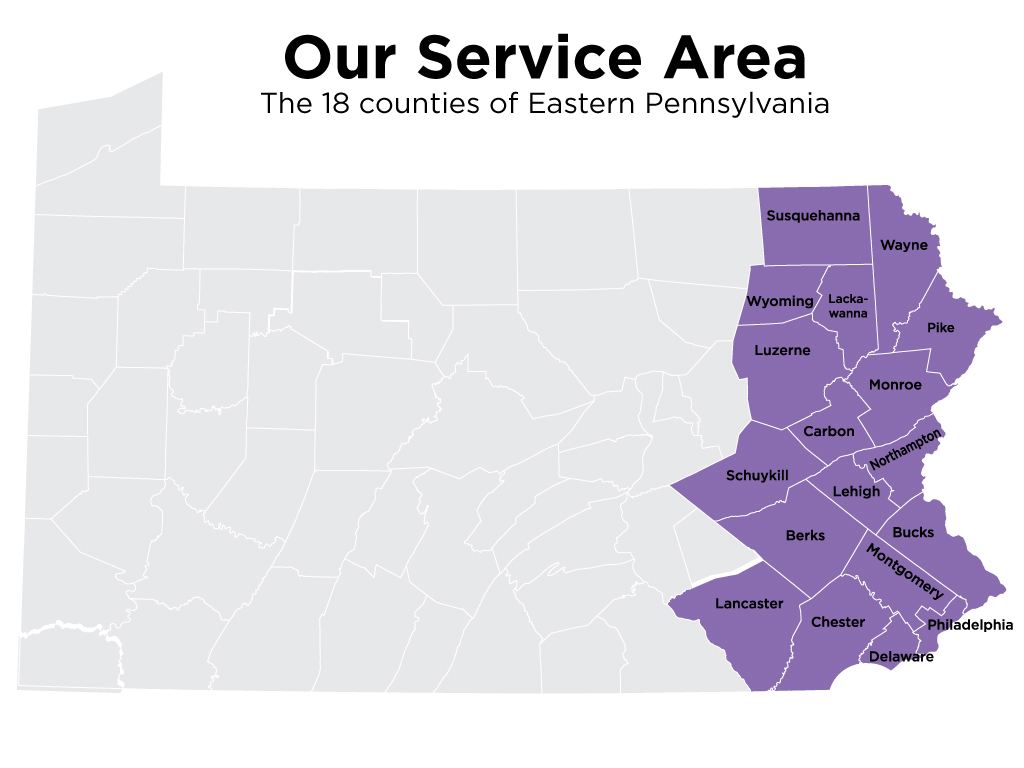 The Epilepsy Foundation Eastern Pennsylvania was founded and incorporated in 1972 by Charley Roach, his family, Richard Harner, M.D., a neurologist, and other families who saw the need for information and referral beyond the medical aspects of the disorder.

June 20, 2015:Pennsylvania is Walking to End Epilepsy at the Summer Stroll

May 3, 2015:The Epilepsy Foundation Eastern Pennsylvania Takes Lead in Discussion of Gender, Sexual Health and Epilepsy