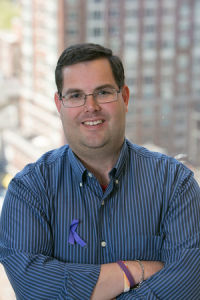 Just as epilepsy affects us all different, it can impact men in ways that are different from women’s experience. It can also change throughout a person’s life, from childhood through adulthood. This page is designed to help you understand better how seizures can impact your life and ways to manage. Be sure to check out our videos from the 2015 Women’s and Men’s Conference. If you have more questions, feel free to contact us.

For an overview of Epilepsy and Men’s Health, view this presentation by Jennifer Tinker, PsyD from the Jefferson Comprehensive Epilepsy Center.


Does epilepsy affect hormones?
Yes, epilepsy is associated with hormonal changes. For instance, experts estimate that approximately 40 percent of men with epilepsy (MWE) have low levels of testosterone, the hormone that stimulates the development of male sex organs, sexual traits and sperm. Both epilepsy itself and the antiepileptic drugs (AEDs) used to control seizures may be responsible for these hormonal changes.

How epilepsy induces hormonal changes:
Persistent seizures in adults may be associated with hormonal and neurological changes that contribute to sexual dysfunction.

Seizures can alter the release of hypothalamic and pituitary hormones.

Temporal lobe epilepsy, in particular, is known to have adverse effects on testicular endocrine function.

How AEDs cause hormonal changes:

Do all AEDs have the same effect on hormones?
No. Some, but not all, AEDs have been linked to adverse hormonal effects.

Research suggests that the AEDs phenytoin, carbamazepine and phenobarbital adversely affect hormone levels by reducing the level of free testosterone which, in turn, reduces sexual desire.

Some good news regarding AEDs and hormonal effects does exist: Studies show that the AED lamotrigine may not have a negative impact on sexual function. In fact, in one study, lamotrigine was shown to have a favorable effect on sexual disorders in MWE who had partial seizures and were taking other AEDs.

What is the impact of hormonal changes?
Reduced testosterone, one hormonal effect frequently seen in MWE, can adversely affect one or more of the following: energy, mood, drive, sexual function, bone density and seizure control.

A large percentage of MWE have been found to have low levels of bioavailable testosterone (BAT), the portion of total testosterone available for use. Abnormally low BAT levels have been tied to sexual dysfunction.

Getting help
Endocrine specialists can help patients sort out the complex interactions between hormones, seizures and AEDs.

Sometimes identifying hormonal influences on seizure patterns may lead to a better understanding of treatment options for seizure control.

Although it is still considered experimental and must be monitored very closely, treatment with testosterone supplements have been shown to improve low testosterone levels in MWE.


What effect do AEDs have on sexuality?
The use of AEDs may result in one or more of the following adverse impacts on sexuality:

Impact on sexuality varies among AEDs
When it comes to sexual function and reproductive hormone levels, not all AEDS have the same effect.

For instance, researchers have found that diminished libido and arousal are most pronounced in patients using sedating AEDs, such as barbiturates, although adverse effects on sexuality may also occur with any AED.

The AED lamotrigine appears to have a more favorable profile on sexual function and reproduction than several other AEDs. For instance, men taking enzyme-inducing AEDs have been shown to reach lower testosterone levels at an earlier age than men taking lamotrigine. Plus, a recent study found that, in men experiencing sexual disorders and taking prescribed AEDs for partial seizures, adding lamotrigine had a favorable effect on impotence.

The AED carbamazepine has been linked to significantly reduced levels of testosterone, when compared to the AED valproate. In recent studies, valproate treatment appeared to have no effect on sperm cell function in men with temporal lobe epilepsy.

Seeking help
If you are experiencing problems with sexual function, it is important to discuss them with your doctor. Your doctor may be able to prescribe alternative AEDs; many patients who experience sexual deficits with one medication will have normal sexual function with another. Plus, if you suffer from impotence, your doctor may prescribe medication to help you overcome it.

View this presentation by Dr. Camillo Gutierrez from the Temple Epilepsy Center discussing the impact of anti-seizure medication on men. This session was part of the 2015 Women’s and Men’s Conference, hosted by the EFEPA.

One study found that between 50 percent and 70 percent of all MWE report decreased sexual function and/or libido.

One survey showed that 57 percent of MWE recently experienced erectile failure, compared to 18 percent of men without epilepsy.

Exposure to antiepileptic drugs (AEDs)
AEDs produce direct effects on the brain regions mediating sexuality and may also cause sexual dysfunction by secondary effects on reproductive hormones. Some AEDs have a greater impact on libido than others. Recent data show that, among men with localization-related epilepsy, those taking enzyme-inducing AEDs had less gonadal efficiency than those taking lamotrigine. Men taking enzyme-inducing AEDs also reached abnormally low testosterone levels at an earlier age.

Diminished libido and arousal tend to be most pronounced in MWE taking sedating AEDs such as barbituates.

In studies comparing the adverse effects of various AEDS on sexuality, researchers found the AEDs carbamazepine and phenytoin to have a much more negative effect on libido than lamotrigine.

Changes in the brain due to seizures
Sexual desire requires appropriate function of specific regions of the cerebral cortex, especially frontal and temporal lobes. People with complex partial seizures seem more prone to problems with sexual desire, particularly when seizures originate in the temporal lobe. Moreover, research suggests that damage to the temporal lobe, common in people with partial epilepsy, affects the ability to recognize subtle cues that are integral to establishing intimacy.

Fear that sexual activity will induce a seizure, particularly for those whose seizures are triggered by hyperventilation or physical exertion, may also have a negative impact on libido.

While the research on testosterone offers promise to MWE suffering from low libido, scientists caution that health care providers using testosterone to treat reduced libido in MWE should regularly monitor the following: behavioral changes (due to the possibility of developing anger or paranoia); blood count; liver function; lipid profile; and prostate-specific antigen (PSA) count, which is used to detect the presence of prostate cancer.

A recent survey indicates that very few MWE discuss sex with their physician, despite the prevalence of sexual problems among this population. By bringing these problems to the attention of a doctor, it’s possible that actions can be taken to combat them. For instance, a change in the type of AED may improve libido; so might the administration of testosterone.

One study found that MWE were only 36 percent as likely as their male siblings without epilepsy to father a pregnancy.

In a study comparing sperm in healthy males to sperm in MWE, researchers found that all MWE—regardless of whether they were taking antiepileptic medications (AEDs)—exhibit abnormalities in the structure and function of their sperm far more frequently than do healthy males.

Men with early age onset of epilepsy (less than 10 years of age) are more reproductively disadvantaged than men who develop epilepsy at a later age.

Do antiepileptic drugs (AEDs) have a negative impact on reproductive function and fertility?
Researchers have found that some AEDs are associated with reproductive dysfunction, which adversely affects fertility.

Carbamazepine and oxcarbazepine may cause sperm abnormalities.

Although epilepsy and many of the drugs used to control it can have adverse effects on reproductive function, thereby reducing fertility, refinements in diagnosing reproductive dysfunction and novel ways to treat it show promise. For instance, innovative means of obtaining a male hormone profile through noninvasive methods make it possible to determine each patient’s precise baseline hormone activity. With this information, clinicians can introduce individually appropriate hormonal (testosterone) therapies for patients, which have been found to improve fertility in MWE.


For both men and women who have epilepsy, there is an increased risk of bone disease due to certain medications that have been linked to reduced bone health. These include Dilantin, Tegretol, Phenobarbital and Depakote. The newer drugs are expected to be better but there is not enough clinical data yet to completely understand their effects on bone health. Some epilepsy medications also reduce calcium absorption as well as active levels of Vitamin D which is important for overall bone health.

It is recommended that anyone who has been taking epilepsy medications for five years or more should have a DEXA scan. About 35 percent of patients under the age of 40 were found that have osteopenia or osteoporosis. This is a new recommendation and most physicians are unaware of it; therefore you may need to educate your physician on why DEXA scans are an important part of maintaining your health.

Bone Density Tests
The thickness of your bones, or bone density, can be measured in a few ways. A heel scan is a screening test. The best test is a DEXA scan (no needles and it only takes 10 minutes). The DEXA scan looks at your bone density at the lower back (lumbar spine) and hip. It will give you some bone scores. The most important is the T score. The T score compares your bones to other women at their peak bone mass.

The slides below offer a more in-depth look at the impact of epilepsy on medications on bone health and nutrition.


What are the chances that my children will have epilepsy?
As a man with epilepsy, your offspring are at a slightly higher risk than the general population for developing this disorder.

Recent studies show that offspring of men with epilepsy (MWE) have a 2.4 percent risk of developing it, as opposed to the general population, whose risk is estimated at 1 percent.

If both parents have epilepsy, the risk that their offspring will develop epilepsy increases, although estimates vary widely. Some statistics say the risk of developing epilepsy when both parents have it is about 5 percent, while others place it closer to 15 or 20 percent.

View this presentation by Dr. Michael Sperling, Director of the Jefferson Comprehensive Epilepsy Center as he discusses the relationship between epilepsy and genetics.

[/fusion_youtube] Will my children be at increased risk for other health problems because I have epilepsy?
Some research suggests that offspring of MWE may be at higher-than-normal risk for the following medical problems: neurofibromatosis, tuberous sclerosis and genetically determined epilepsies such as juvenile myoclonic epilepsy.

What special considerations do I need to keep in mind as a parent?
If your epilepsy is well-controlled, you face very few restrictions on caring for a child with epilepsy. However, if your epilepsy causes episodes of impaired consciousness and limited control of movement, you need to take special precautions when caring for a baby or a young child.

Tips to use when caring for an infant:

When your children are older
Your seizures will not go unnoticed by your children as they get older, so it’s important that you openly discuss your epilepsy with them. They will be comforted by knowing that you are not harmed by seizures; in fact, they may feel empowered if you can teach them how to get help if you remain unconscious after a seizure.

When discussing your epilepsy with your children: