The Summer Stroll for Epilepsy is so important to us because it brings together the entire epilepsy community in a show of support for those impacted by seizures. That’s why our theme is “Who Do You Stroll For” — to help others learn more about epilepsy and honor those living with it each and every day. One part of this is our Team Spotlights, where we encourage you all to learn a little more about some of the teams you can walk with on Saturday. Read below to meet some of our teams!

We will be walking on June 20th to benefit the Epilepsy Foundation of Eastern Pennsylvania.

Over the last 4 years our family has been supported by many resources. Our daughter Hannah is nearly 5 now and we all felt a need to give back to the network of medical professionals, researchers and advocates who continue to work everyday to secure a bright future for Hannah. Please consider making a donation on our behalf to support our fundraising campaign.

Hannah’s Story
Hannah had her first seizure at 6 months. So began our family’s

unexpected journey of learning, compassion, happiness, pride and yes, far too many times to count, panic.

Hannah’s epilepsy is rooted in a genetic trait that interferes in the functions of the sodium channels in her brain. While we strive and hope for a seizure free state for her, we know that this will only be achieved through medical support and research.

We are lucky. For anyone who has never witnessed her seizures, it is not possible to tell that Hannah has epilepsy. Outside of the monthly break-through seizures, she is developing as would any other 4 year old girl who likes dinosaurs, cars and t-ball. We are lucky.

That is not to say that Hannah can be totally independent without our constant vigilance in monitoring her well-being. She has had some long seizures and the ever-present threat of breaking through while sleeping means we are perpetually sleep deprived from watching over her (like most new parents do in the first 6 months).

As she has gotten older and gone out into the world, we have learned that beyond her medical needs, Hannah now needs us to educate and advocate for her, to help others understand how her condition is part of her but it does not define her. We have found valuable resources to assist us in our efforts.

Advocates like the Epilepsy Foundation of Eastern Pennsylvania continue to raise awareness and understanding. The support they provide to any family dealing with seizures is invaluable.

So we ask again, if you can, support this cause, this agency, these people, who together are working for endless possibilities for Hannah and anyone else living everyday with epilepsy.

My team is strolling for my daughter, Aubrey Kay! She is 3 and a half years old and lives with epilepsy!

When Aubrey was born, we couldn’t have been happier. She was a blue-eyed, blonde haired precious baby. Within 24 hours, Aubrey was sent to
the NICU to assist her with the feeding. While under the observation of the NICU nurses, they caught the first seizure. Upon further testing after this seizure, we discovered that Aubrey had a stoke in utero! We were sent to St. Christopher’s Hospital in Philadelphia for further care. It was there that we were faced with the reality of what that stroke could mean for our daughter…cerebral palsy, developmental delays, cognitive delays, and possible epilepsy. When we left to go home, we were armed with all of the necessary tools to take care of our daughter. Early Intervention therapists came into our home to assist in Aubrey’s development and growth. We had emergency medicines in case her seizures lasted longer than 5 minutes. Thankfully, we hadn’t seen anymore seizures until Aubrey was 8 months old. She started having infantile spasms, which we found out through several EEGs at St. Christopher’s Hospital. That was when we started our search for a medication that would help make Aubrey’s seizures stop! To date, we have tried Keppra, Onfi, Topomax, Zonogran, Klonopin, and Lamictal, which have served unsuccessful.

When Aubrey was a little over 12 months old, we switched hospitals and put our faith into Children’s Hospital of Philadelphia. At 18 months old, we were admitted to the hospital to try the Ketogenic diet for her epilepsy, since the medications didn’t seem to be working at their highest levels. After a year and a half on the diet, Aubrey continued to have seizures. We had daily struggles with her to get her to eat the food, which was supposed to serve as her “medication”. After several meetings with the doctors and the team at CHOP, we decided to take Aubrey off of the diet and tried putting our faith back into medication. There has to be something that works for her!

Aubrey continues to have 10-25 myoclonic seizures everyday! Some cause her to fall down and hurt herself, so we have gotten a helmet for her to wear while at daycare. She is developmentally delayed, but we rejoice in the news things she is able to accomplish each day! She continues to get physical therapy, occupational therapy, and speech therapy which has given us more ideas and ways to help her on a daily basis. She also participates in horse therapy, which she loves! It incorporates all therapies into one, while connecting with horses! We couldn’t be happier with all of the help and support we have gotten from countless therapists and services so far!

It is a struggle for us to watch Aubrey have seizures every day! It’s something we wish we could fix and control for her, but we are at the mercy of the doctors and medications to do their jobs! During one late night search, I stumbled upon EFEPA! We have found support groups that have been helpful when there were questions late at night. There are wonderful resources for Aubrey to use as she continues to grow! I can’t wait for her to try Camp Achieve when she is old enough. It will be impactful for her to meet other children who share the same daily struggles, challenges, and milestones as her. For Aubrey’s 3rd birthday, instead of gifts, we asked for donations for the EFEPA because we believe their is hope for our blue eyed, blonde haired daughter, and other families like ours!

We are excited to have a team in the Summer Stroll this year and hope we continue to gain support and donations in the years to come!

Rachel has been leading the RB Strollers for 7 years. She first became involved after her neurologist at Jefferson University Hospital introduced her to the EFEPA.

“I am incredibly inspired by my family, friends, doctors, neighbors & coworkers who have come out year after year to show their love and support. I love that we always have a great time, rain or shine, and it’s definitely an event I look forward to every year.

I stroll for the EFEPA  and all whose goal it is to provide life changing services to the entire epilepsy community. These organizations ultimately help us overcome the challenges presented by this condition.”

Brandon is my son and we stroll for him.  He was diagnosed with Benign Rolandic Epilepsy on September 23, 2013. Brandon had never
had a seizure prior to 2013 so it really hit us hard.  He was only 8 years old at the time. But then Brandon was seizure free from September 2013 until December 23, 2014! When he had another seizure, it  hit us hard too since he had been doing so well for more than 15 months. He has had a couple of more since then so this year’s Summer Stroll is even more important to us than last year.

We want to help continue to spread the word about epilepsy and raise money to find a cure. Today,Brandon is 100 days seizure free.

Hi, my name is Jake Libby. I’m 12 years old and a 6th grader at Perkiomen Valley Middle School West. I like to 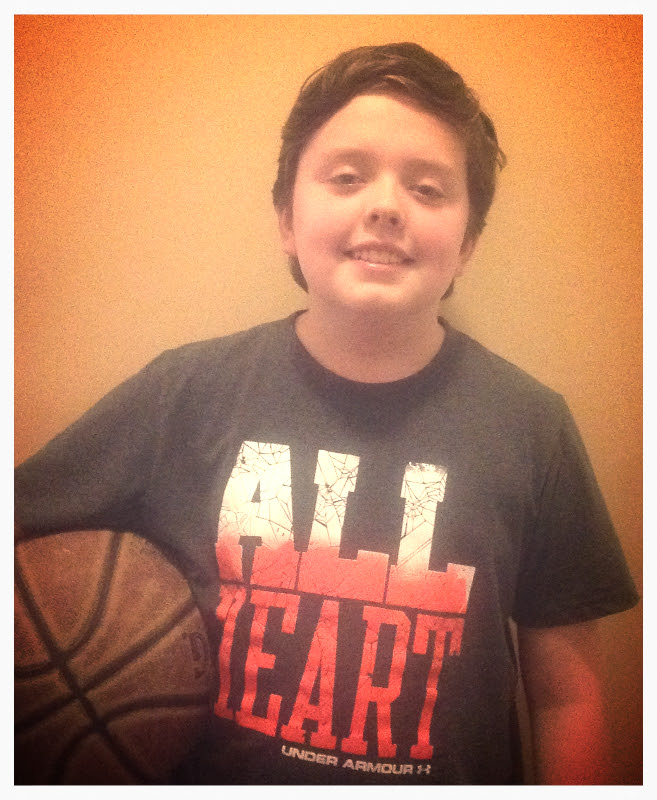 play basketball and video games, do fun stuff with my family and hang out with my friends.

Last December I collapsed in music class and the paramedics came and took me to the hospital in the ambulance. It was pretty scary. They told me I had a seizure. I didn’t even know what that was. The doctors have done tons of tests on my brain to try and figure out what is happening but they can’t find a reason for my Epilepsy.

I’ve learned that a seizure is an electrical storm in my brain where all the neurons are firing at once and my body needs to reset. I don’t know when I’m going to have one and I don’t remember it at all. I just wake up and see concerned people staring at me. It’s really scary and I worry that it will happen again. Right now all I can do is take my medication twice a day, eat right and get plenty of rest. I’m also supposed to avoid stress which is hard when you miss a lot of school and need to catch up and every day don’t know if you are going to have another seizure.

I’ve decided to raise awareness for Epilepsy and organize my team, Jake‘s All-Stars, for the Summer Stroll in Philadelphia. You can help by donating money for programs, like seizure training programs for EMT and Paramedics, and research so the doctors can understand what causes seizures and what they can do about it. You can also join my Team and walk with us on Saturday, June 20th.